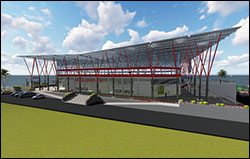 To complement the establishment of the reclamation project and attract development opportunities as laid out under the Oroquieta City Strategic Economic Development Master Plan (OCSEDMP), the local government of Oroquieta  pushed for the realization of the Oroquieta Bayfront Park and Arena (OBPA),  a sports complex and tourist destination for the city’s urban area. 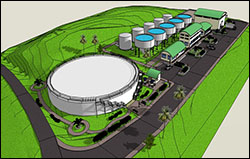 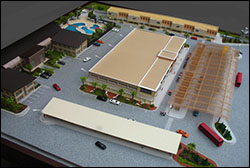 Unlike the typical business district, the town center is a unique commercial district for Oroquieta City as it mixes the new trend in commerce and shopping with government offices, commercial spaces and transport terminal.  Said town center is also envisioned to be the recreation center as identified under the Oroquieta City Strategic Economic Development Master Plan (OCSEDMP). 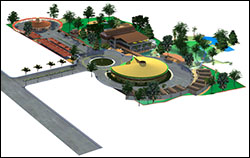 To create economic vitality, a new economic unit is established to complement Tubod’s existing business district.  As the existing business district, situated along the national road, is already congested, a new commercial district is highly needed.  The Tubod Business and Community Center (TBCC) is designed to be flexible to accommodate not only commercial but also entertainment and convention facilities mixed into one integrated facility. 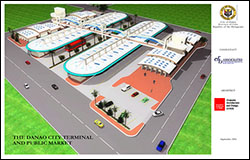 One of the high-impact projects identified under the Danao City Urban Renewal Plan, the new Danao City Terminal and Public Market is foreseen to accommodate the excess capacity of the existing old public market and to be the latest commercial destination of the city.  To make the project more feasible, a terminal facility and spaces for commercial and financial establishments were allotted.

The Compostela Reclamation Project involves the allocation for industrial, commercial and recreational spaces as well as construction of a port facility.  The project aims to address the growing needs of the municipality for additional space. The reclamation project was conceptualized borne out during the preparation and consultation of of the municipality’s land use plan.